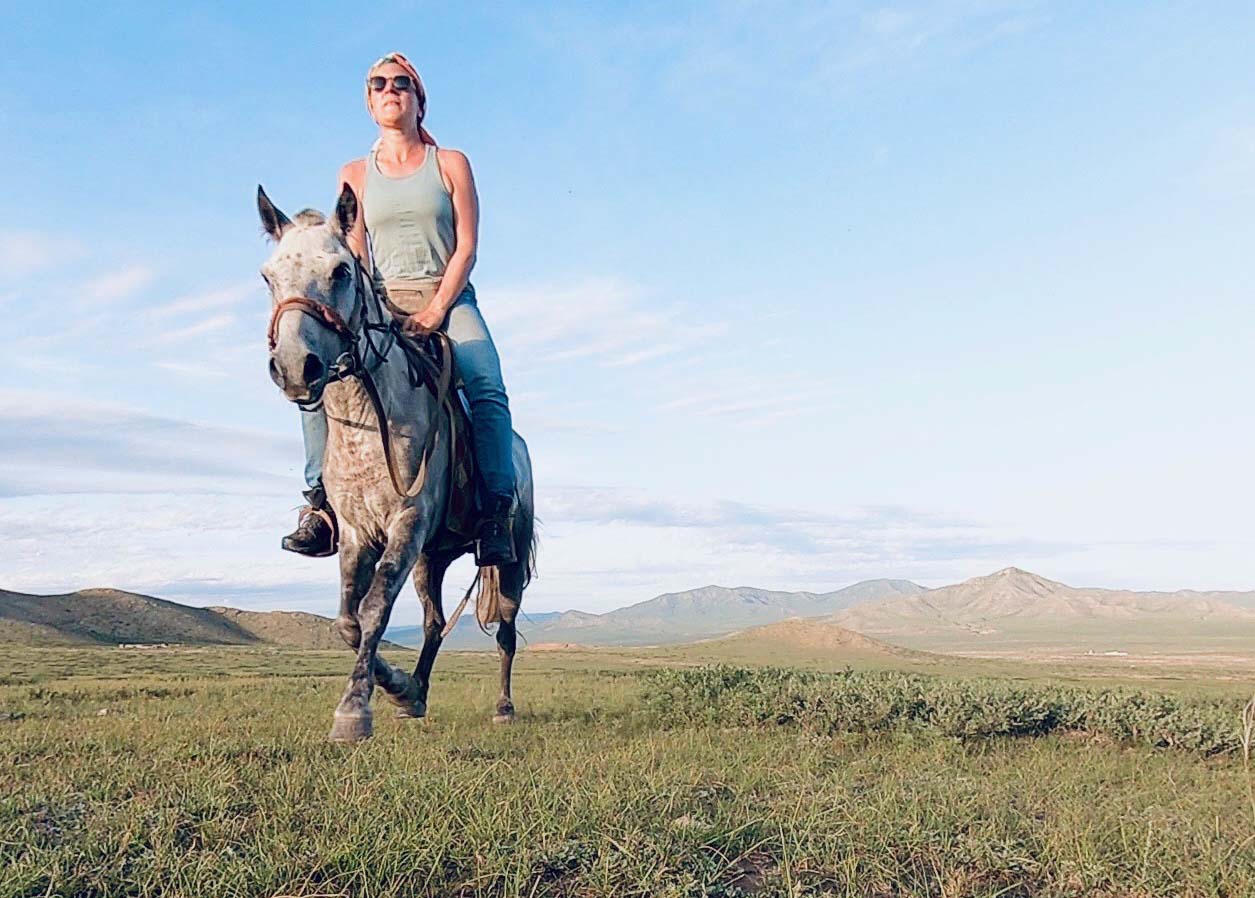 Ulan Bator. Arrived in my nice, family hostel. Or should I say yurt? The hostel has set up 5 gears on the roof. This is what the typical Mongolian apartments are called – the round, somehow insulated tents of the nomads that can be set up and dismantled and with ventilation in the top. Here I’ll make my plans for this country: Jeep safari in the Gobi Desert, guided excursions by horse and camel or by public transport over to the west, where there are still very few eagle hunters. Everything sounds totally adventurous. If I didn’t have that flea in my ear. After two days the decision is made: I’ll do it!

With your own horse through the prairie

And now I’m sitting in the train heading back north to Süchbaatar. I actually did it: I bought a horse! And so it goes – together with Metin, a Swede, who I already met in Riga and who planted this flea in my head – through the wilderness. You sleep in a tent, ride during the day and look for the next place for the night. Two criteria must be met for this: water nearby and a tree to fix the horses at. The last one is not that easy.

We heard many stories in advance – from locals, newcomers and other travelers: “Nobody will sell a horse to foreigners in Mongolia.”, “You will be robbed.”, “Your horses will be stolen at night.” And and and … And how did it go? We were given watermelons, we were brought ice cream and almost every morning we had curious and nice breakfast guests. Wherever they came from? There wasn’t a house to be seen anywhere. Ultimately, we have to say: We probably just weren’t unlucky.

However, the first two days were really challenging. For the first time in my life I really felt my physical and mental limits. The reason: mosquitos. And not a few hundred, but billions. You couldn’t be protected by long clothing, bug spray or other tricks. Hardly a single spot  on the skin remained uncovered by mosquitos. It was particularly bad in the mornings and evenings. Enclosed between the river, which was essential for the water, and railway tracks on the other side, which could not be crossed, because they were protected for kilometers by fences from all free-running animals. I was exhausted. Close to giving up. That constant feeling of thousands of pinpricks on the skin. This reacted particularly violently to the stitches. Nevertheless: How glad I am today that I made it through the last 5 hours. It would have been easier if I had known there were only a few hours left. The landscape suddenly changed, we had left the railway tracks behind us, were able to gain height … and … the mosquitoes were actually gone.

Now the nice part begins. No, not beautiful, overwhelming, speechless, indescribable, grandiose. As if riding through a fantasy world, we past herds of wild horses. Then sheep again. And always this infinite expanse, which is only modeled by mountains covered with green velvet.

Then a little village every now and then. Almost deserted at times. At one point we ask for the next supermarket – with hands and feet. We only speak the 4 most important words in Mongolian. English is of no use here. Suddenly we are invited to stay with a family at home. What a gift. So we sleep on the floor in the living room with the whole family: wife, husband, two small children and mother-in-law, take a “shower” from the bowl in the courtyard and cannot really believe this hospitality.

You can eat mutton here in Mongolia early, at noon and in the evening. And everything you can make from milk: milk tea, milk liquor, milk coockies … You have to like it. But it is understandable. There aren’t any vegetables. It just doesn’t grow here.

The invitation to stay at a families home should not be the only one. In Darchan we are invited again … and so generously given. It was almost uncomfortable for me.

Then it happened, which we were aware of as a risk: One of the two horses has an injury. The not very good saddle had left a pressure point on the back, which ignited during the day, invisible to us below the saddle. So we stay here, I’m learning to inject, and we hope it gets better. It will. However, it quickly becomes clear that it will take a while – our 30-day residence permit is drawing to a close.

We put both horses in good hands, which in our opinion “deserved” it and could also use them well. We gave one to the family we had last stayed in, one went back to the ranch where we bought it. However, not to the owner, but to the keeper, who takes care of the animals so touchingly, but doesn’t have his own. That should change.

And so it was said: Bye bye, Bör Mör! What a pleasure riding you through this amazing landscape. No, it was indeed not easy to leave the horses behind. But we knew they were in good hands.

here is a short video with some impressions >>

Back in Ulan Bator we rent a car and explore something from the Midwest of Mongolia. I never thought it would be that adventurous again. Getting stuck in the sand was one of the easier challenges. But it was worth it. More incredible camping spots were waiting for us.

Those four weeks were probably the craziest and most adventurous thing I’ve ever done in my life. I am infinitely grateful for the experience of pushing yourself to the limit, experiencing something completely different from myself (8 days without a mirror was probably the easiest) and being able to immerse yourself in a completely different world. I was rewarded infinitely for the initial courage. I leave so much richer than I came.

Things I learned in Mongolia

1. I’m crazy. Sometimes I can hardly believe myself that I really did it. I read the article and feel like I am writing a novel myself. Pinch briefly. But! I was right in the middle of it. This “just do it” somehow seems to me to be appropriate. However, only with the right balance of necessary basic information and courage – everything else tilts either in the direction of “I better stay in my comfort zone” or pure “madness and stupidity”.

2. How to ride a Mongolian horse. To be honest, it’s very different from the Europeans. Mongolian horses only learn not to throw you off immediately. You have to do everything else yourself in interaction with the horse. So not that bad that the last time I was on a horse was when I was eleven – nothing would have helped me here anyway. In addition to the learning portions, there is of course the care of the horse – up to the setting of syringes. It was a special relationship that you can build in such a short time with your companion, who carries you through the landscape one day a day.

3. Mosquitos take me to my limit. On the one hand, physically, because they cause real pain in number, but above all mentally. There is the mental stance against these armies of little piesackers – not knowing when we will finally be rid of them – as well as the mental assertion against the horse. In the situation that doesn’t really want to. Understandable. Still, there is no point in simply stopping. Explain that to the animal. A fight on several fronts for me.

4. Eight days without a mirror – no problem. Apparently I’m really not vain. I haven’t even thought about what I look like. There is also a very practical discovery: You smell less outside. If I would probably take a shower twice a day at home with these temperatures and physical exertion, this will not happen here for the time being. Every now and then a river – if you don’t sink knee-deep in the mud – wet wipes and a shower from the can, done. And it was by no means uncomfortable. For me, hot water is now overrated. Apparently I love being outside.

5. I eat meat, but I’m not a meat eater. That was too much of a good thing. Every now and then I find a nice piece of steak really delicious. The whole thing around the clock, without anything green in between, is really difficult. Apart from the strong taste here. Oh, and liver and no idea what innards I was invited to try. The best pieces were especially for me. Great!

6. How to drive a car off-road – and a few other useful things. And not just over some meadow. No, avoiding sand, stones – or let’s call it rocks – through rivers and ruts in order not to touch down. For advanced users, the whole thing is also to be practiced at night. Of course, we also got stuck in the sand as befits our class. But that didn’t seem to be due to our driving skills, but actually because of the location. Our helpers experienced the same. But now I know how to get a car out of the sand. With patience. And a few other tricks. We also had to bridge more than once. I now know that this is not only possible with jumper cables. If necessary, you can simply use a different battery. Start, change the battery again, let’s go.

At the last minute I organize my train ticket to China. Just in time before my 30 days in Mongolia expire. Now I’m sitting in my compartment with a big question in my head: Am I ready for a big city like Beijing? 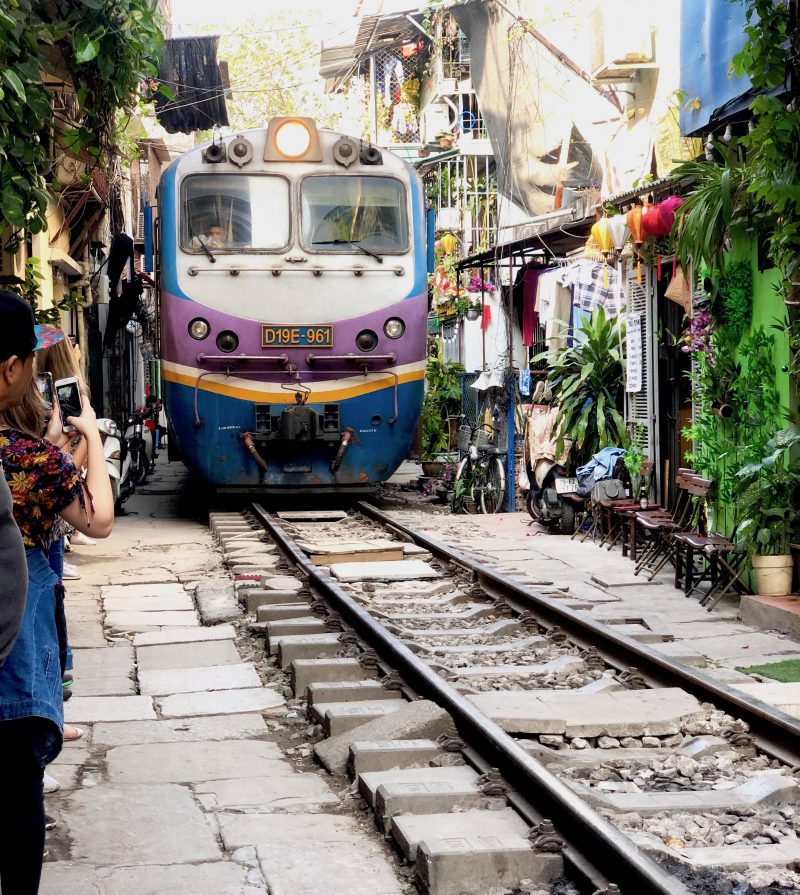 Vietnam : just a bridge away 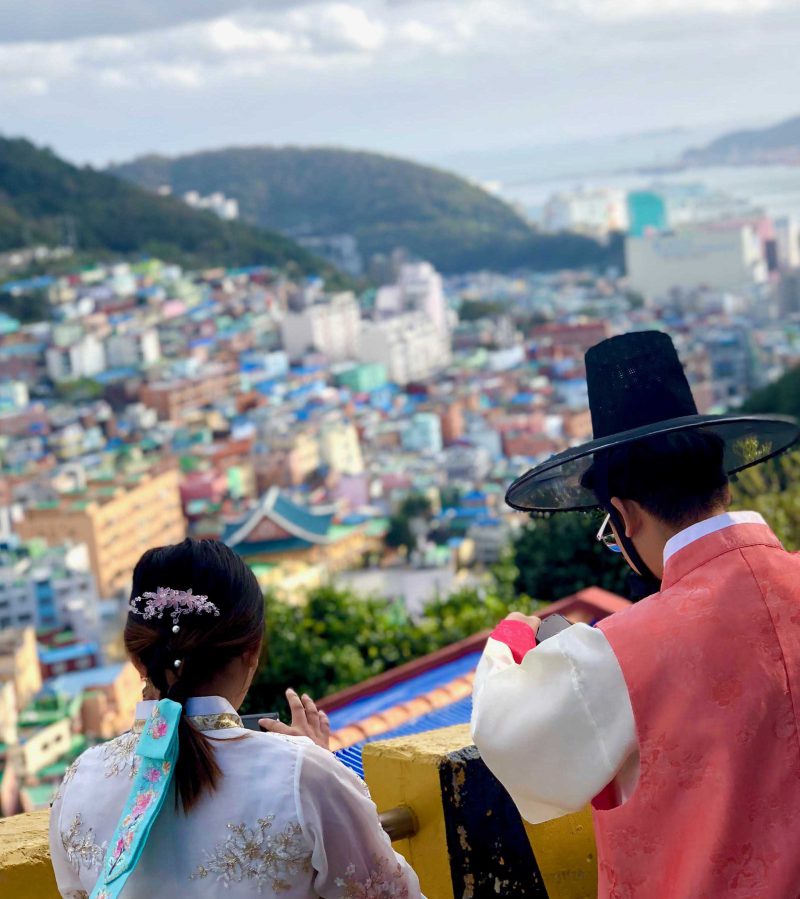 South Korea : between flashy and traditional 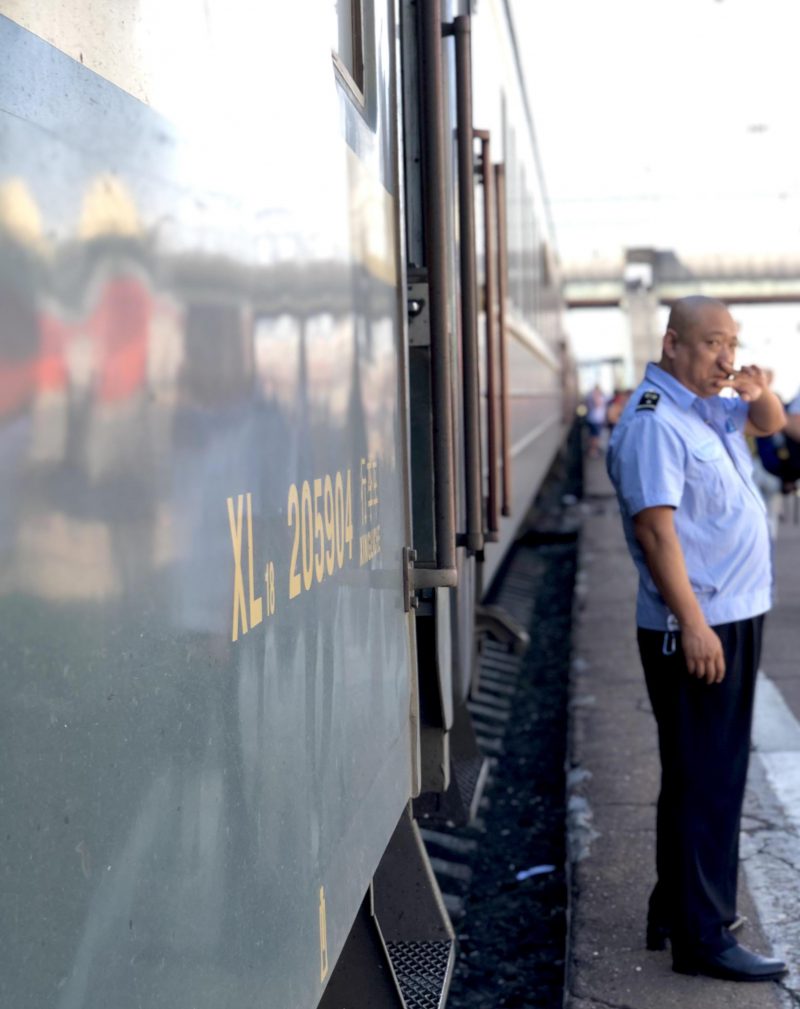